When Napoleon Bonaparte took over full power (may 1804), the time was ripe for a new impulse in the decorative arts.

By reinforcing the neo-Classical movement, Napoleon I developed a style that idealized his leadership, his victories and the French state, using martial and imperial symbols as well as Egyptian ornaments - such as eagles, winged victories and ornaments borrowed from ancient Greece and Rome and the laurelled “N” of Napoleon. Rare and beautiful materials were used, ebony, mahogany, and hard stones such as malachite, lapis lazuli and marbles.

Percier and Fontaine, architects and ornamentalists of Napoleon, cabinet makers, especially the Jacob brothers, imposed an official style, to celebrate the Empire. Others such as Molitor, Marcion, Remond, and the bronze craftsmen Thomire, Ravrio and Galle also developed this style . Vivant Denon the engraver who followed Napoleon to Egypt and Lenoir the archaeologist who created the Musée des Monuments Français also promoted it.

The 4th exhibit of French Manufactured goods in Paris, in 1806, established the importance of French production and exportations. The continental blockade reduced the use of mahogany and local woods such as walnut, maple, lime and ash were successfully used. Gnarl of elm was used in marquetry combining different hues of wood. Furniture was monumental, massive, rectangular, with straight lights, in solid wood or with veneer. The « bateau » bed (as in boat), the wardrobe with mirror on doors (invented by cabinet maker Othon Kolping), the standing mirror became common pieces of furniture. Furniture legs have lion paws or are sword shaped.

Golden yellow, green, crimson and purple are the favourite colours of the times.

The Empire style continued long after Napoleon’s fall, until 1830.

Follow this link to see all Empire Style items by Galerie Marc Maison. 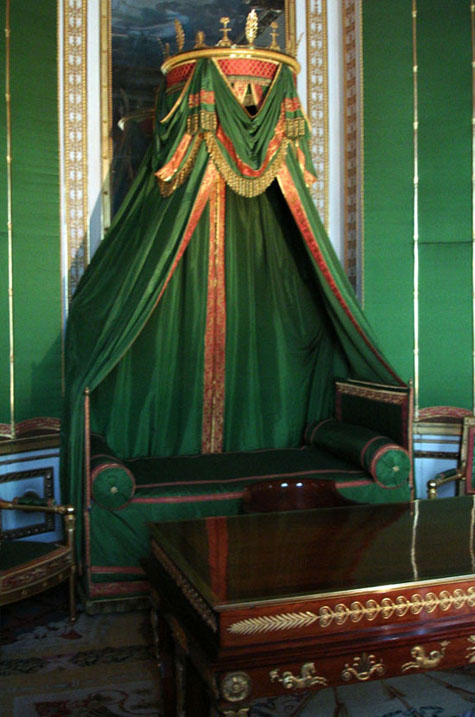 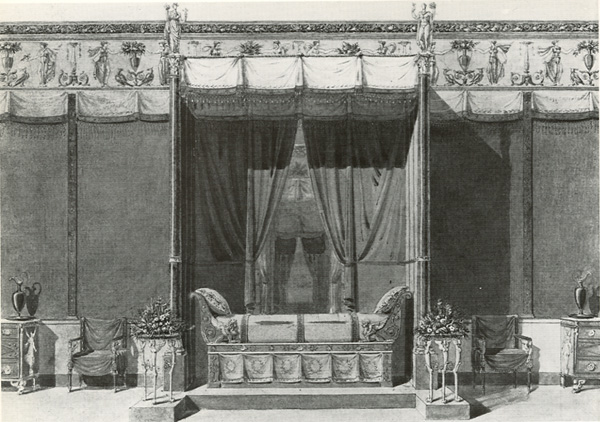 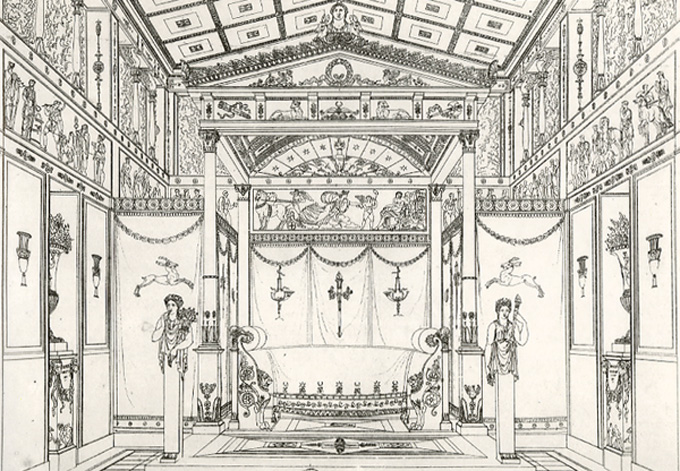 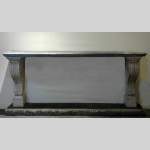 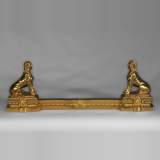 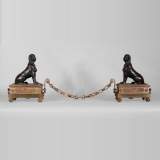 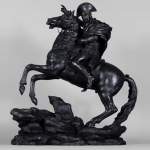