After the First French Empire, carried away in the fall of Napoleon I, the monarchy was re-established in France from 1815 to 1830. The decorative arts got then rid of the emblems of the Empire and re-use freely motifs from the Louis XVI style and the Directoire style, like palmettes and paws of lions, while considerably lightening the ornamentation. The Restoration style thus generally opposes suppleness and subtlety to ostentation.

The weakened economy at the end of the Napoleonic wars did not allow the crown to commission  important works so that Louis XVIII re-used the furniture in place; Charles X, on the other hand, his successor in 1824, will be known for his authority and his desire to restore the Kings of France’s image. The great commission of the Restoration is thus the bed Charles X ordered to Pierre Gaston Brion, artist of the Empire, for his room at the Tuileries Palace. The style of this impressive bed affirms the continuity between the Ancien Regime and the Restoration, but in its desire to compete with the Napoleonic style, it also prolongs its pomp.

Like Brion, other artisans of the Empire such as Francois-Honore Jacob-Desmalter are still in place, and continue to produce models of the Neo-Classical style, while lightening them and privileging the curves. The end of the Empire indeed enables to soften the forms, among which the doucine in form of an S is often used on the fireplace and buffets cornices.

One can observe this passage on the gondola armchair, known in the Empire, which will be a favorite piece of furniture during the Restoration. For this furniture piece, as for chest of drawers and tables, mahogany is sometimes used, but it is most often built in light woods, more accessible wood species. The ornamentalists play on the marquetry of these different woods, delicately designing fine volutes and friezes, rather than resorting to ornamental bronzes. Charles X rewarded François Baudry for his elegant model of a gondola armchair, which had been able to innovate in the backrest shape, and whose fine frieze patterns are characteristic of the Restoration style.

The Duchess of Berry is an important patron, especially for the decoration of her apartments at the Tuileries Palace. The cheval mirror she acquired in 1823 is a fine example of the stylistic novelty of  solid curves combined with a fine work of marquetry, which nevertheless ensures a continuity with the Neo-Classical style. Known for her outfits inspired by the Middle Ages and the Renaissance, her portrait in 1816 also reveals the Romanticism that begins to animate Europe. Around 1820, under Charles X, the Middle Ages would indeed exert a strong fascination on the spirits, giving birth to the Troubadour style and the Neo-Gothic style.

The "cathedral" style makes its appearance, notably with the Gothic cabinet of the Countess of Osmond, a Troubadour reception hall. The chairs preserved at the Petit Palais show this enthusiasm for a reinvented Middle Ages, bearing unicorns and Gothic lancet archs. Medievalism attracts a wider audience, which has repercussions on the decorative arts: forms like the lancet or the diamond, the transposed motifs of Gothic architecture invade the decoration, even teapots.

This vogue also allows the monarchy to revive the memory of the royalty’s hours of glory, as the reign of Henry IV. The Neo-Gothic style under the Restoration is very eclectic and does not pretend to be an exact copy of medieval styles. Thus, there are often mixes between the Gothic style, the Louis XIII style and the Renaissance style.

Hence, the existence of a true Restoration style could be discussed but the period of the Restoration clearly saw characteristic stylistic tendencies emerge. 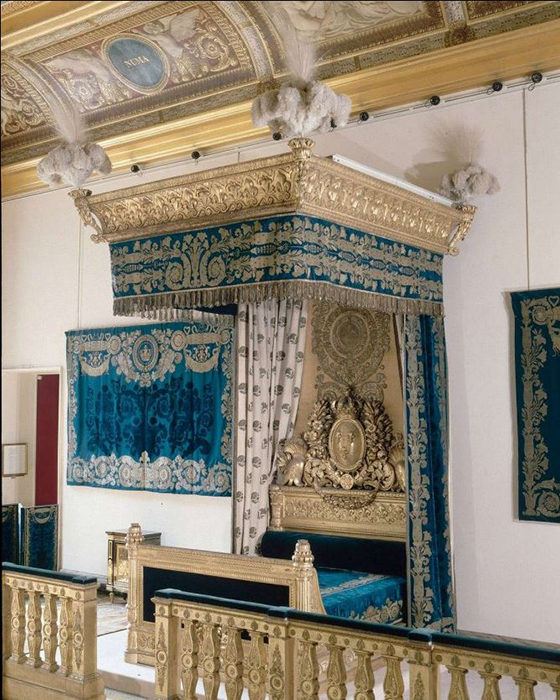 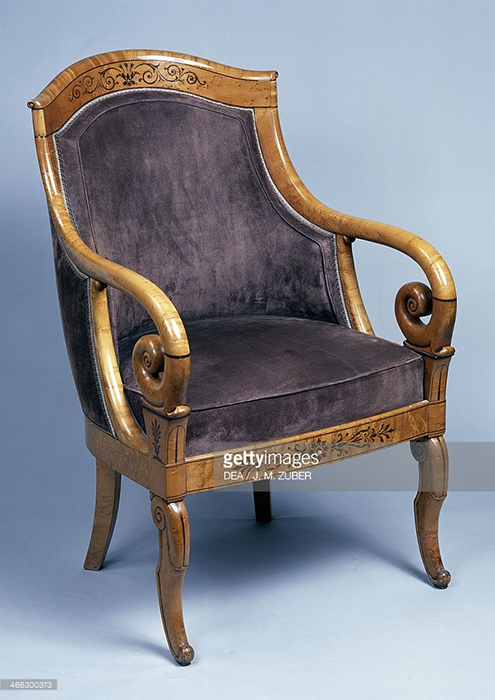 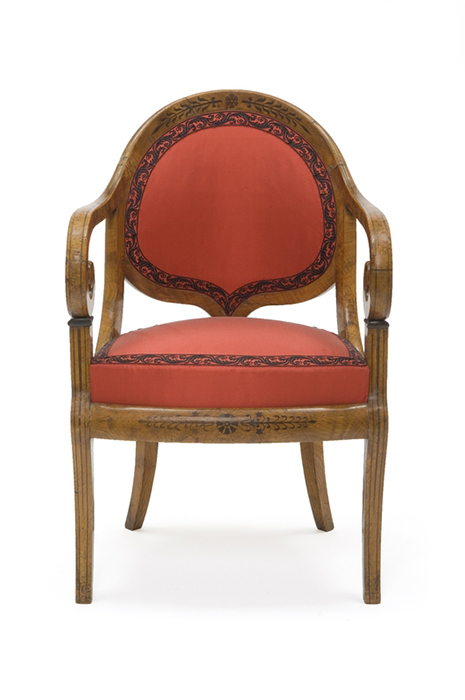 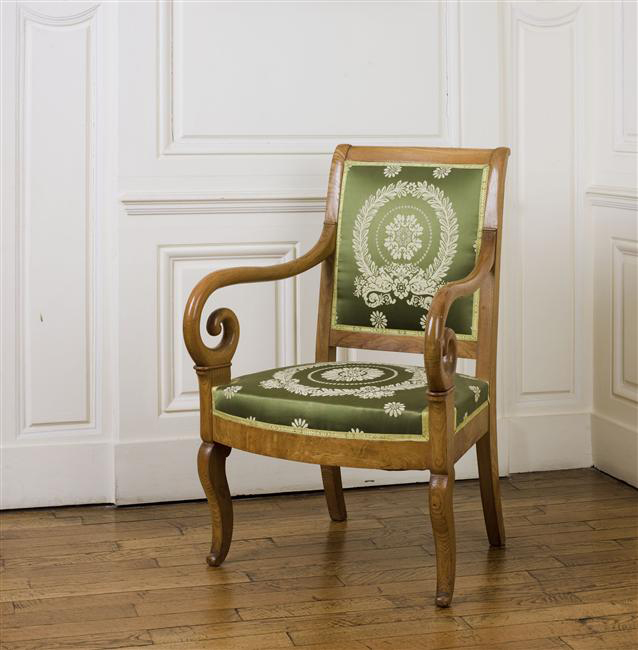 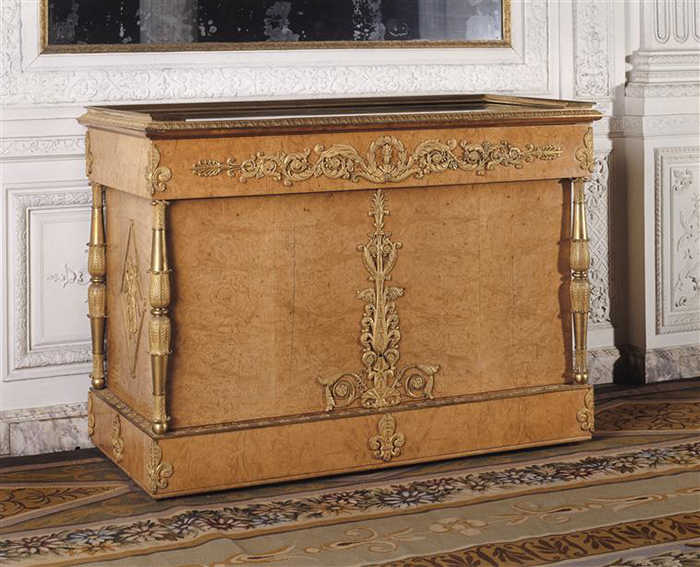 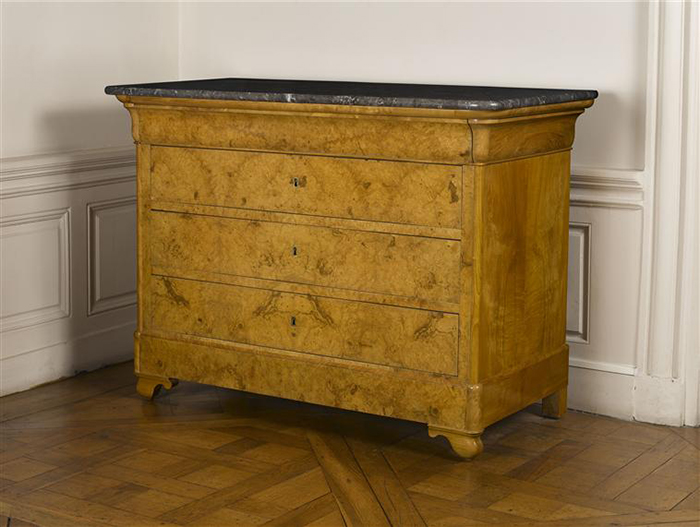 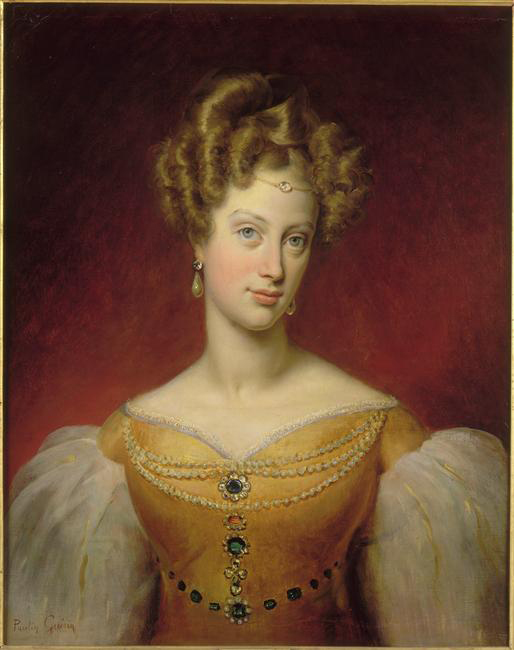 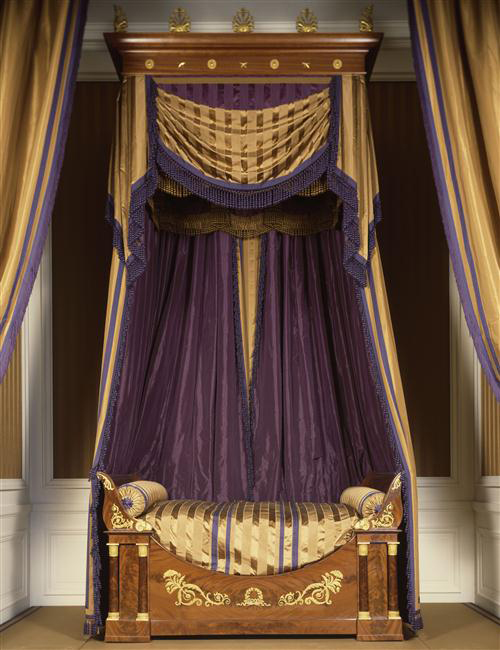 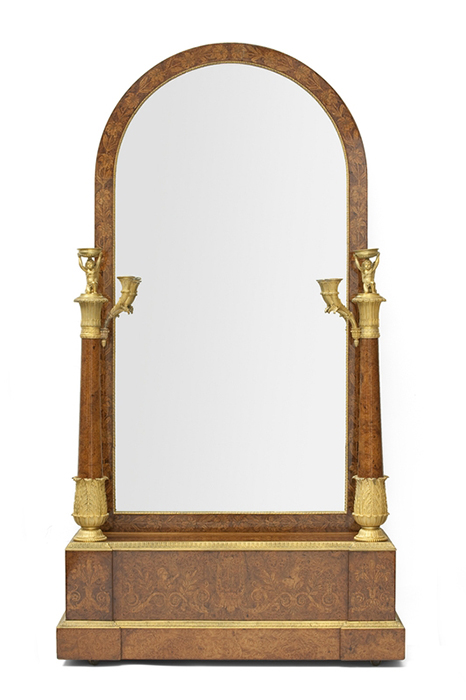 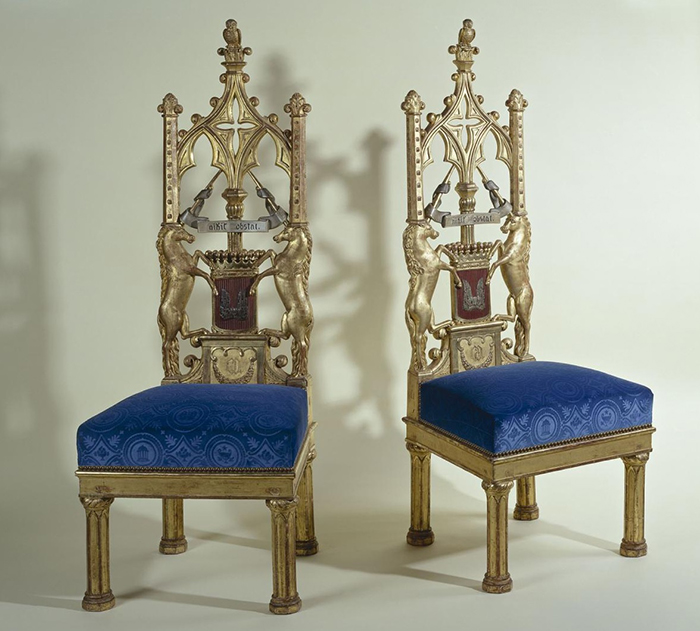 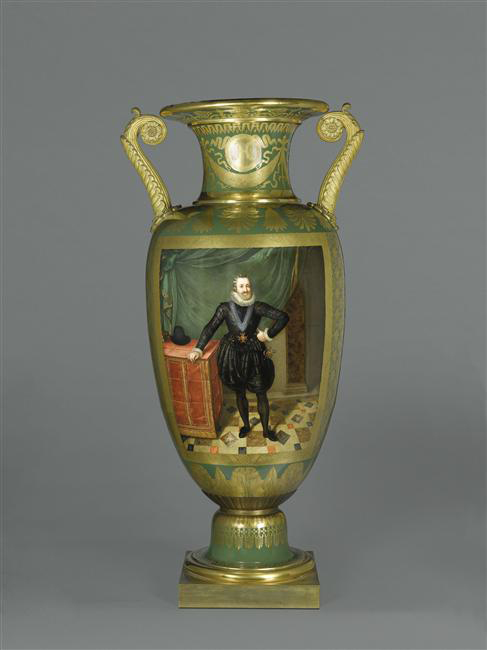 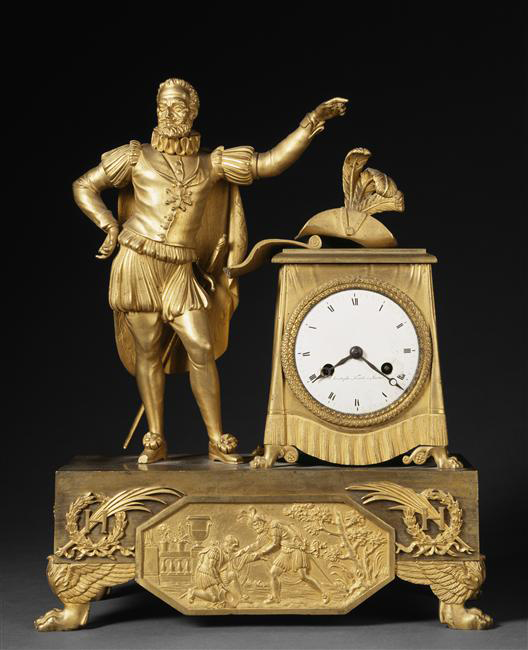 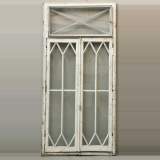 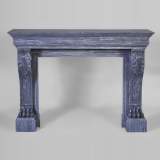 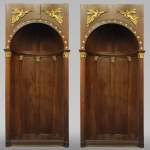 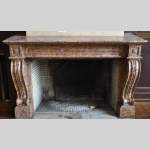